How Does Massachusetts Define OUI or DUI?

Massachusetts defines OUI (Operating Under the Influence) as operating any type of vehicle on a public way while under the influence of drugs or alcohol.

Many states call the charge for drunk driving or driving while on drugs a DUI, which is Driving Under the Influence, or DWI, which is Driving While Impaired. In Massachusetts, a drunk or drug-related driving charge is called OUI, which stands for Operating Under the Influence. An OUI can involve a car or any other type of vehicle. It can take place on a road or highway, but it can also take place on side streets or any other place where the public has a right of access (including parking lots)…Read More

Are There Errors in Police Procedures During OUI Investigations and Arrests That Could Potentially Help My Case?

There are a number of problems or issues with police conduct during investigations and arrests that we look for when someone is arrested for an OUI.

For example, if the police did not have a legally sufficient reason to stop your car, then your whole case could be dismissed. The prosecution may also think they have a strong case based on the way you were driving. For example, there may be allegation that you were speeding or swerving or using improper signals, or that you had some sort of delayed reaction to police turning on their lights. There could also be allegations that you were involved in an accident…Read More

The penalties for a first-time conviction for OUI in Massachusetts can include up to 2 ½ years in jail, as well as a number of fines and fees (including fees that are mandatorily imposed by statute). They may also include license suspension and mandatory driving school and/or drug and alcohol treatment programs. Oftentimes, people don’t actually go to jail on a first offense OUI. However, it is very common to face probation for a first-time OUI…Read More 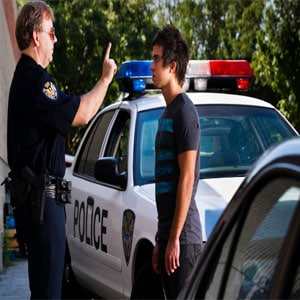 You are enjoying a night out in Worcester. You have a drink or two at your local bar as you enjoy some music. You decide to drive home and as you exit Main Street towards Bell Hill, suddenly there are red and blue lights flashing in your rearview mirror. What do you do? Once you decide to drive yourself home after having just a drink, you’ll be setting yourself up for a DUI or OUI arrest in Worcester.

Even for first-time offenders, a drunk driving conviction can carry harsh penalties, including jail time, license revocation, and hefty fines. And in Massachusetts, a DUI conviction could also mean increased insurance rates and loss of employment. If you are an immigrant, a DUI arrest, charge, or conviction could also affect your immigration status. Depending on your case, your future could be at stake, even for minors. We understand how terrifying a DUI charge can be, and even so, how devastating it can be on your life if it’s a second or third offense. That’s why our Worcester DUI lawyer wants to help.

Attorney Darren T. Griffis is well known as a top-rated DUI attorney in Worcester. He was ranked among the Top 3 Worcester DUI or OUI Lawyers in 2020 and continues to help DUI clients throughout Massachusetts get the best results and move forward with their lives. Our DUI attorney has the knowledge and experience to challenge blood tests and breath testing equipment, as well as field sobriety procedures used by local police and state troopers on the road. Once we take your case, we won’t rest until you get the justice you deserve.

What Should I Do After A DUI Arrest?

OUI charges in Massachusetts are common and often carry harsh consequences. Each year, hundreds of people are arrested on Main Street, King Street, Frontage Road, and the other roads and highways of Worcester and Massachusetts. Once you have been arrested for OUI in Massachusetts, you need to retain a DUI/OUI lawyer immediately to protect your rights who can help you understand the consequences regarding your license if you refused the breathalyzer test.

If you are facing charges of operating under the influence of alcohol or drugs, you need a top-rated DUI attorney with a proven track record of success. No matter the circumstances of your arrest, attorney Darren T. Griffis is ready to listen and advise you.

What Are the Common Causes for DUI Arrests in Worcester?

There are many seemingly innocuous incidents or circumstances that the police can use to stop vehicles or make DUI arrests include:

Regardless of the circumstances that led the police to arrest you for DUI, call our Worcester criminal defense law firm immediately after you have been charged. We know how to investigate the facts and determine whether the police had probable cause to arrest you in a given situation. Let us help you build a defense to DUI or OUI charges.

Fight For Your Rights

“Why Should I Hire A DUI/OUI Attorney?”

Don’t gamble with your future! While you can represent yourself, don’t make that mistake. A drunk driving charge in Worcester or anywhere in Massachusetts can ruin your future. If you were planning on advancing your professional career or applying for a new job, a single conviction could negatively impact all these plans.

Our criminal defense lawyer in Worcester, Massachusetts is not afraid to ask the hard questions. Was the traffic stop legal? Did the police follow the required procedures when testing you? Did the police collect evidence from an illegal search and seizure or from illegal questioning? Attorney Darren T. Griffis has studied field sobriety training manuals and breath test procedures and can effectively cross-examine officers at trial.