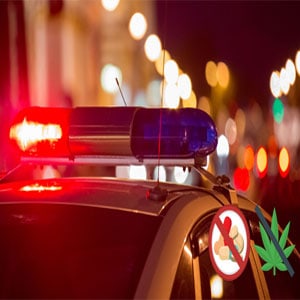 Much of our inmate population in Massachusetts is confined because of drug crimes. This doesn’t necessarily mean they are bad people or they even did something unlawful. In 2012, Annie Dookhan, a lab chemist working in a state crime lab in Massachusetts, was convicted for fabricating test results that had compromised over 30,000 drug convictions. It forced the courts to retroactively drop all affected criminal convictions, with some dating back a decade.

Whether you are guilty or not, you need expert criminal defense to fight a drug crime charge in Massachusetts because of how aggressively these charges are prosecuted. You shouldn’t take such accusations lightly. The prosecutor can easily bump up your simple possession charge to possession with intent to distribute. Therefore, you need to talk to a top-rated, experienced criminal defense lawyer in Worcester, MA, who can protect your rights and fight for your freedom.

At the Law Offices of Darren T. Griffis, we understand what our clients have at stake. Attorney Darren T. Griffis will personally handle your case. Few lawyers can match his legal background and experience when it comes to criminal law. He is also known for his ability to cross-examine witnesses who are mostly police officers in drug crimes. Call right now and take the first step!

When you think of drug crimes, you might imagine international syndicates distributing hundreds of pounds of illegal drugs across borders. But even possession of small amounts of these narcotics is a major drug crime.

All possession charges in Massachusetts are considered misdemeanors. But even a simple possession conviction can have a significant impact on your ability to seek college admission, secure employment, travel outside the country, or even secure housing. Furthermore, it can lead to deportation and future disbarment to this country if you are not a legal U.S. citizen.

The commonly charged drugs in Massachusetts are heroin, cocaine, oxycodone, and other pills. You’re considered in possession if the drugs are found in your pocket or purse.

Most lawyers rely solely on the investigation of the police. This blunder can be fatal to your case. Our attorney will carefully analyze every piece of evidence, including any video or photographic evidence, surveillance, confidential informants, and scientific analysis. At the Law Offices of Darren T. Griffis, we won’t allow such mistakes to take away your freedom.

Possession with Intent to Distribute and Distribution

These are more serious drug offenses and are felonies. They are an upgrade of the simple possession offense mentioned above. Most convictions end up in jail time in a State Prison or local House of Correction. Money doesn’t always have to be exchanged to make it a distribution charge, but it can simply mean a person delivered an illegal drug to someone else. And in most of these cases, a person unknowingly makes a drug sale to an undercover cop.

If this is your situation, talk to top-rated attorney Darren T. Griffis. The U.S. Constitution and the Massachusetts Declaration of Rights have rules on investigating these cases and arrest suspects. Our knowledgeable Worcester drug crime attorney can get evidence against you suppressed and get all charges dropped entirely.

This is the most serious drug offense in the state. The punishment can be up to life imprisonment in a State Prison. Any trafficking conviction will always result in significant jail time. In a drug trafficking vs. distribution charge, the difference is in the amount of drugs. Trafficking charges have pre-determined statutory amounts depending on the type of drug.

What Are the Penalties for Drug Crimes in Massachusetts?

The penalties will significantly depend on the type of drug involved. But the punishment you may face includes:

More penalties may be added depending on the drug involved, the amount involved, and other aggravating factors. Aggravating factors may include things like drug sales to fund a gang, a record of a drug conviction, and the sale of a controlled substance near a school, park, or church.

Whether you are being accused of simple drug possession or complex sale of narcotics, you need an experienced Massachusetts drug crimes lawyer as soon as possible to avoid harsh penalties. Our Worcester drug crime attorney will first examine the police actions that led to a search and seizure and arrest. We will either file a Motion to Suppress or a Motion to Dismiss if we find wrongdoing by the authorities.

Since most criminal cases end in plea bargains, attorney Griffis won’t hesitate to take the case to trial if the offer isn’t beneficial to you. We will build the best defense strategy and do everything possible to protect your rights and aggressively fight for the best outcome available to you.

Call Us today for a free consultation and take control of your defense.