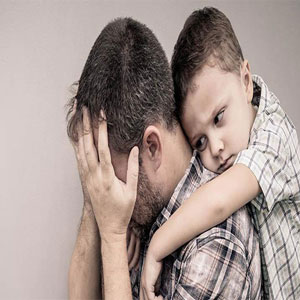 If you live in Massachusetts, the police will be quick to arrest you if someone accuses you of domestic violence. If a conversation between you and your significant other at Elm Park or a simple discussion with your roommate at your house in Green Island suddenly escalates to an overheated screaming match or physical altercation, all it takes is a mere accusation to land you in potential legal trouble. That’s why domestic violence cases in Worcester, as well as all over the state of Massachusetts, are so common.

Domestic violence charges in Massachusetts are grave accusations. Once someone calls the police on you during a heated domestic dispute, you’ll likely be arrested. Even before you’re convicted, you may be forced out of your home, denied visitation or custody of your child, or subjected to a restraining order. And a conviction can bring with it possible jail time, probation, and expensive domestic violence classes. We understand that these damages can extend beyond criminal liability and ruin your personal, social and professional life. That’s why you need a top-rated, Worcester domestic violence attorney.

Attorney Darren T. Griffis is a reputable and tenacious lawyer offering competent representation backed by a proven ability to secure not guilty verdicts and other favorable outcomes in complex domestic violence cases in the Worcester area. When you hand your case to Attorney Griffis, he will work tirelessly to protect your freedom, reputation, and future.

What Qualifies as Domestic Violence in Massachusetts?

A household or family member can accuse you of domestic violence in Massachusetts. This definition is broad and includes many different types of relationships. That’s why these cases are common in Worcester County and throughout Massachusetts. Assault, battery, sexual assault/rape, stalking, and violation of restraining order are considered forms of domestic violence. The common battery acts we defend our clients against include:

What If My Accuser Wants to Drop the Domestic Violence Charges?

We have handled cases where the alleged victim wants to drop the charges. Unfortunately, a domestic violence accuser loses control over the charges immediately after he or she calls the police, and they show up.

Attorney Darren T. Griffis is prepared to fight these charges because the Massachusetts district attorneys will not necessarily drop domestic violence charges, even if the accuser recants. It’s therefore imperative to contact our law firm immediately. We know how to challenge the validity of such charges. Let’s meet and discuss your case in detail.

Don’t Take Chances with Your Future!

How Can an Attorney Help Me in My Domestic Violence Case in Worcester?

Domestic violence charges in Worcester are some of the hardest to face in court. Just because your accuser is known to you doesn’t mean the law will be lenient on you. These allegations are often emotional, and a spouse, lover, ex, or co-parent may say things that are untrue or exaggerated.

Law enforcement officers are likely to make an arrest solely based on a victim’s or witness’s statement without any physical evidence. They often may not care what you have to say regarding the incident.

You shouldn’t be wrongly convicted because of an attempt to damage your reputation or gain an edge in a divorce or custody dispute. Attorney Darren T. Griffis is ready to listen to your side of the story and investigate all the circumstances surrounding your domestic violence charge. That’s why you need him right away. Call us now and let our legal representative go over your case.

I Was Arrested in Worcester for a Domestic Violence Related Offense. What Exactly am I Being Charged With?