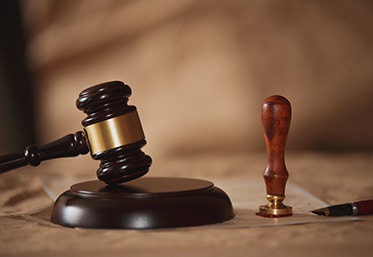 Attorney Griffis Advocates for Client Deprived of Right to Counsel

Attorney Darren Griffis appeared before the Massachusetts Supreme Judicial Court (“SJC”), representing a client who was subjected to pretrial detention for weeks without an attorney. Attorney Griffis argued that the detention violated the client’s rights to counsel and to due process under the Sixth and Fourteenth Amendments to the United States Constitution and under the Massachusetts Declaration of Rights. In addition, co-counsel argued that the client was unlawfully detained based on a cash bail that the client could not afford to post.

In September 2018, the client was arraigned in Worcester Superior Court. At his arraignment, the government moved to detain the client without bail based on the alleged danger he posed to the community.

Because there was a shortage of attorneys accepting appointed cases in Worcester Superior Court at the time, the hearing under the preventive detention statute, Mass. Gen. Laws c. 276, s. 58A, was postponed for a further date so that an attorney could be appointed. However, that appointment did not occur, and the defendant was brought back to court without an attorney to represent him after being held without bail for more than two weeks.

When he was in court for his second appearance, there was still no attorney available to represent the client, and the Worcester Superior Court Judge appointed an attorney who objected to accepting the case because of her existing caseload. The case was continued for another date, and the client continued to be held without bail.

Attorney Griffis was finally appointed to represent the client after the defendant had been held without bail for weeks. On the day of the scheduled dangerousness hearing, Attorney Griffis objected to the client’s detention and to the hearing proceeding. Despite those objections, the hearing went forward. The superior court judge eventually found that there were conditions of release that could ensure the safety of the community, but he also set a cash bail of $5,000 that the client could not afford to post, resulting in his continued detention.

In response to the proceedings in Superior Court, Attorney Griffis filed an emergency petition with the single justice of the SJC, challenging the constitutionality of the client’s detention without an attorney, as well as the judge’s decision to set a bail that the client could not afford. After a hearing on that emergency petition, the single justice reported the case to the full SJC panel.

Eventually, after a number of delays, and following the case’s consolidation with another matter from Hampden County that presented similar issues, Attorney Griffis argued the case before the SJC on November 7th. A recording of the oral argument for the case, Walsh v. Commonwealth, Docket No. SJC-12648, can be found.