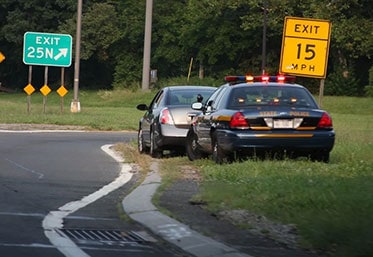 In October 2018, a 29-year-old man from Grafton was stopped at 3:30 a.m. at a gas station in Worcester based on a Massachusetts State Police Trooper’s belief that he was speeding. The client had been watching the Red Sox World Series game that lasted 18 innings at a friend’s house and went out to the gas station early that morning to purchase cigarettes.

According to the trooper, based on his belief that the client’s license was suspended, he attempted to place the defendant under arrest; however, the client initially resisted the trooper’s efforts to arrest him. The trooper further claimed that the client then became belligerent and shouted multiple threats and profanities at him, that the client smelled like an “alcoholic beverage,” and that his eyes were bloodshot and glossy. Based on these alleged facts and the client’s statement that he had consumed a couple of beers while watching the game, the client was arrested and charged with operating under the influence of alcohol and driving with a suspended license.

Fortunately, the client had the foresight to make an audio recording of his interactions with the trooper. Attorney Darren Griffis, who represented the client, reviewed this recording and found that it completely undermined the trooper’s account of that evening. The recording demonstrated that it was actually the trooper who acted in an unprofessional and demeaning manner, calling the client profane and offensive names, mocking his voice, and violently pulling the client out of his car with no warning. Additionally, Attorney Griffis obtained a copy of the video surveillance footage from the gas station that showed some of the client’s interactions with the trooper that evening, as well as the client’s safe operation of his motor vehicle as he was pulling into the station. Attorney Griffis retained an audio-visual expert to help enhance the recordings he obtained to maximize their usefulness at trial.

Based on his review of the evidence, Attorney Griffis recommended that the client go to trial in this case. Prior to trial, he convinced the Assistant District Attorney that the government did not have sufficient evidence to prove that the client was driving with a suspended license and that charge was dismissed. During the course of the trial, Attorney Griffis confronted the trooper with his unprofessional behavior and degrading treatment of the client and played the client’s audio recording, as well as the video surveillance from the gas station. After hearing all of the evidence, the jury returned a verdict of not guilty, and the client was cleared of the OUI charge.